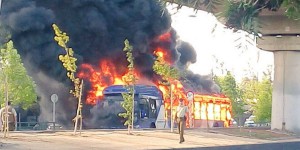 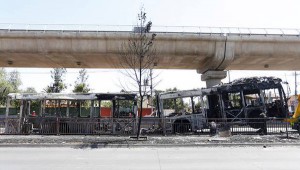 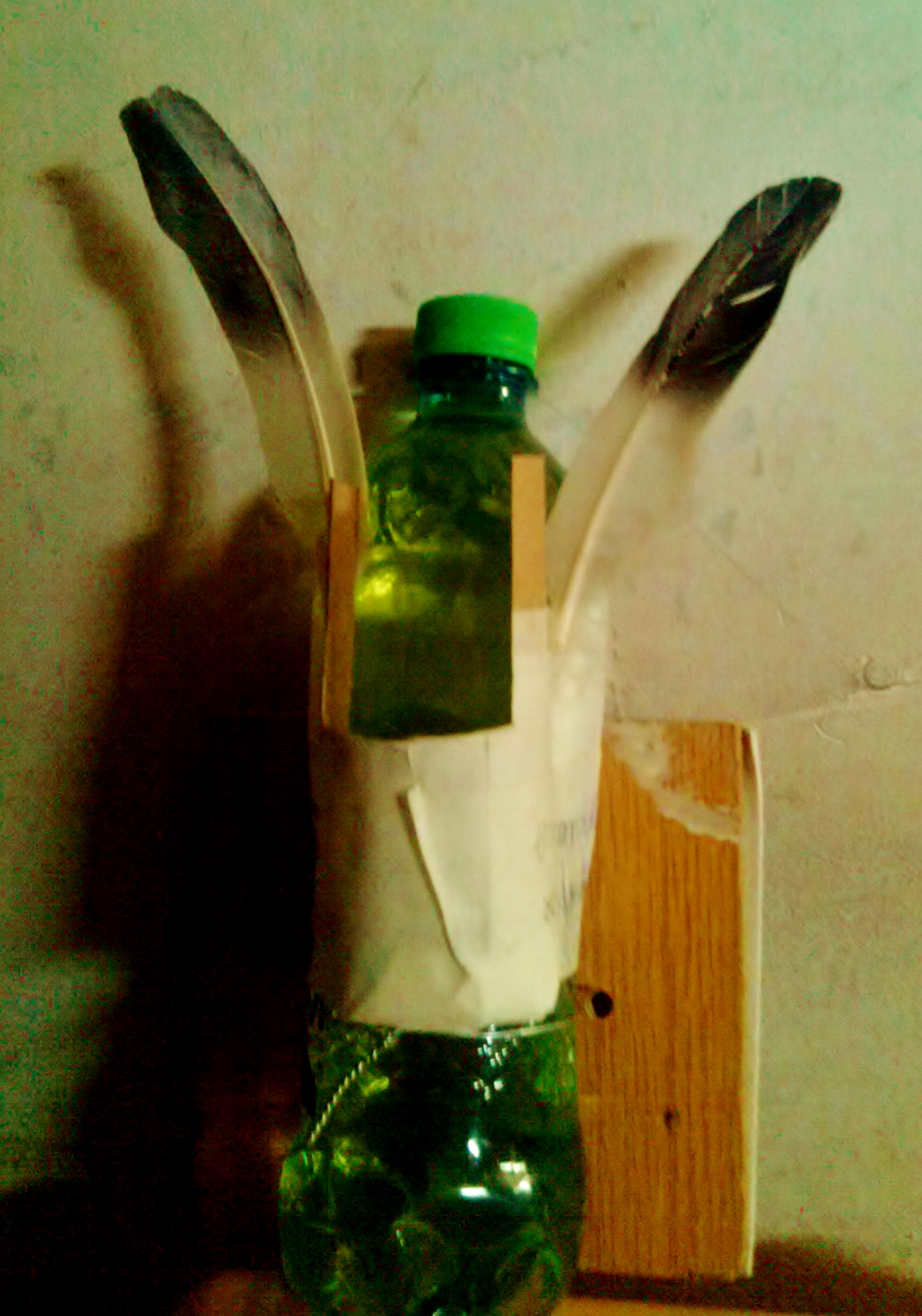 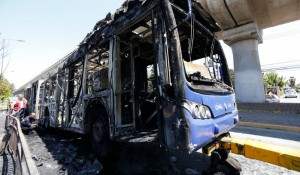 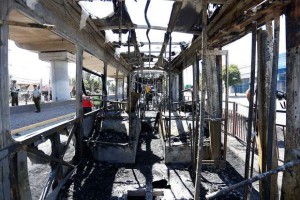 THIRD COMMUNIQUE OF THE INDIVIDUALISTS TENDING TOWARD THE WILD – 2016 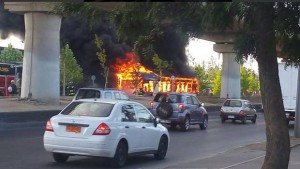 Incendiary attack on a bus by ITS – Chile

We came out of our hiding place, like the rabbit comes out of its hole in the darkness and silence of night. This time we came out in plain daylight.
We frolic in the mountains, rivers, and meadows. But we wander in the city in search of its defects and imperfections, seeking all that is of civilization and human progress. We know its times, its hours and moments, the daily grind of civilization hides us.

This is a Declaration of War.

War against the Technological system, science, and the modern hyper-civilized man. We detest and spit on all of that. We cling to our most primitive and wild instincts; instincts which all the civilization and technology in the world could never erase from our being.

Guile, patience, determination, and daring are the ingredients of this war. It was in this manner that on Tuesday, February 16th, we abandoned a homemade explosive charge on the 210 Bus of the Trans-Santiago Route. We achieved the successful result of completely burning that machine of civilization.  And it would not have mattered to us in the least if some bystander was hurt in the process. Our acts are beyond that foolish classism. We look down on masses, the people, or whatever you want to call them. We only care about ourselves, our people, and wild nature. 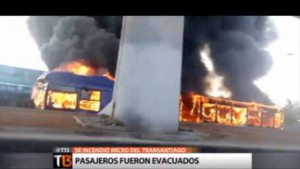 Our fire / attack was in the name of all that is wild and natural. We contaminate their cities with smoke and disturb the civilized air. We do this in the name of all of the rivers, oceans, the poles, the fields, and forests poisoned by human progress. In the name of every animal species made extinct by techno-civilized progress. The moonlight of the night before filled us with the wild force of the universe. In its name, the name of the stars, planets, and galaxies, IT WAS AS WELL.

We are a sect of pagans, southerners and uncivilized. With our fire we will seek to attack the infrastructure of civilization, accepting the final consequences of our actions. With every attack we defend our instincts since we refuse to form part of the robotic mass that only cares about money or sex.

The Eco-Extremist tendency spreads from north to south, from east to west. We are accomplices to its ideas and acts, forming part of it. We are giving life to an international project against civilization.

Because we are the bullets to the head, the mail-bombs, the  indiscriminate bombings and the incinerating fire, we are:

Individualists Tending Toward the Wild – Chile

With this we publicly declare that a campaign of attack is underway, with the complicity and coordination of ITS in Mexico and Chile, and other countries…

A conspiratorial greeting from the eco-extremists and each group of ITS of Mexico. Let it be known that there is also war in the south. To the “Terrorist-Savage Behaviors” and “Uncivilized Conducts”. To the eco-anarchists of the “Karr-kai Cell” and “Kapibara Group.”

If technology and progress are international, why not the acts of resistance against them as well?

Individualist Tending Toward the Wild: